Thank You!
printable version
Thank you all who attended the Memorial for Frank. It is now history. I'll recap here a bit later after things have settled and I can catch my breath.
I'll just say, it was a very moving and satisfying time. Not sad, well, maybe a little, but very much a show of love in all directions. Love for Frank. A testament to Frank's love that we all felt.
So many people thanked me for the memorial, and while I had a part in it, it was only a small one. The credit should really go to the committee that put it together. Everyone pitched and made it happen. And really, everyone for attending. That's not two distinct groups, either. Every one was a friend to Frank and every one was a part of making it a good time.
And especially, thanks to everyone who spoke and told a story, or life experience with Frank. So many fond recollections, and anecdotes were told. We all learned a little more about our friend Frank.
I'll add to this as my thoughts settle later...
Comments: 0
Posted on 26 Feb 2022 by Al Gritzmacher
Official Memorial Announcement
printable version
It's time to sign up and let us know you'll attend. We're hoping you can come and celebrate and remember Frank's life with us. Please follow the link and let us know you'll be there! 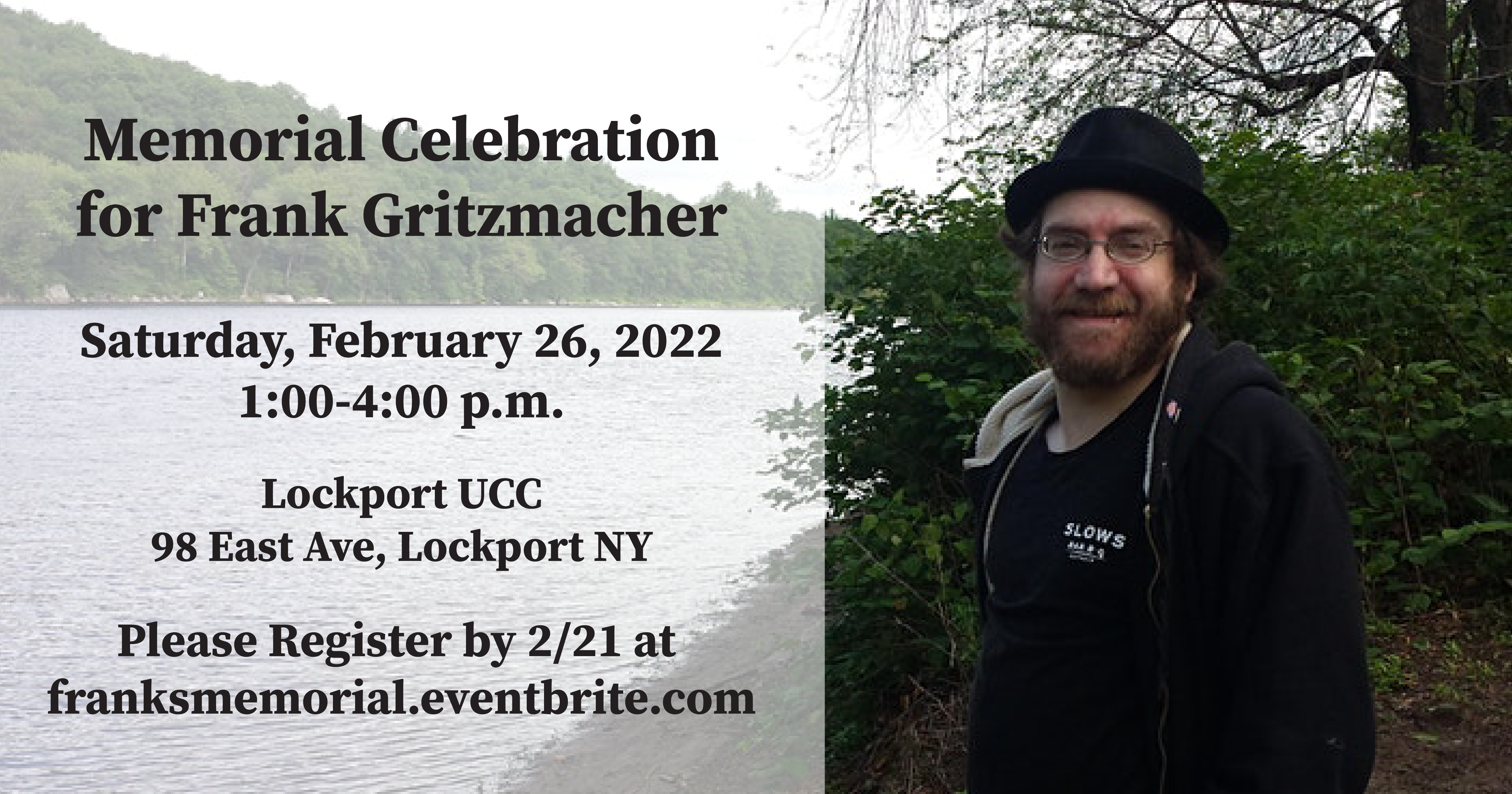 Comments: 0
Posted on 04 Jan 2022 by Al Gritzmacher
SAVE THE DATE!
printable version
Please save the date and make plans to attend if you can. All my friends are welcome!
February 26, 2022 Lockport UCC 98 East Ave. Lockport NY 1:00 to 4:00 PM
Watch here for more details as the plan unfolds. 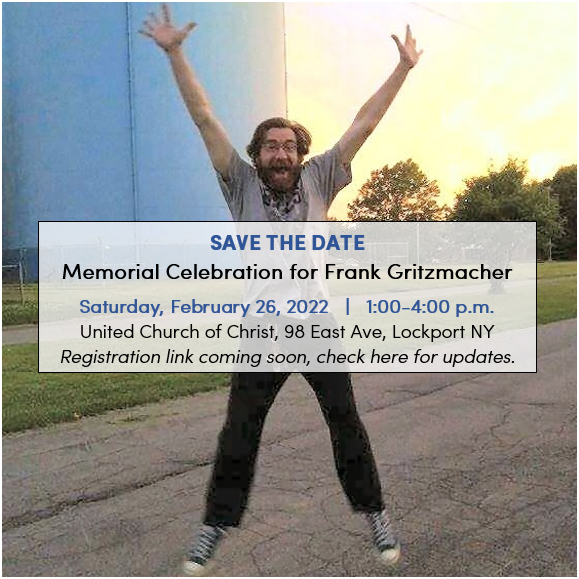 Comments: 0
Posted on 08 Dec 2021 by Al Gritzmacher
Is it time?????
printable version
Is it time to get back on track and plan a memorial for Frank? Have we learned enough to cope with the pandemic and be able to assemble with safety? I've had discussions with two people recently about this topic. I don't know the answer. I have to plead guilty to a large degree of procrastination, inertia, and lethargy. I have been dealing with health issues of my own and really don't have a lot of energy to accomplish much right now. But, I'm also afraid that if I let this slide any longer, it will be forgotten and all momentum will be lost. So, I am asking those of you, Frank's friends, what do you want to do? I need your help if we are to hold some sort of memorial. I'm open to whatever you decide and will participate and support it as much as I am able. We had a sort of informal committee to plan this at one point before COVID derailed it all. Would some of you mind starting things up again, at least to discuss the options and get a timetable going? Please discuss and let's come up with a plan. I will post this on Facebook as well.
Comments: 0
Posted on 15 Sep 2021 by Albert Gritzmacher