New article. New menu category.
printable version
I've uploaded a newspaper article from 1994 that I have been hanging onto for all that time. I hope sharing this old, but moving article, is okay as fair use since it falls under the topic of this web site. You will find it in the menu to the left as "Shelby."

It's the story of Shelby, a young woman in North Carolina, who, like my sons, had CF. The parallels and similarities are striking. I kept the article because it was of some comfort to me in knowing we weren't alone and others were facing the challenges Albert and Frank faced.

Unlike Albert and Frank, Shelby did not survive to receive her transplant. She was about five years older than Albert, and even in that small amount of time, CF treatment had progressed a lot. Even so, Frank was in very dire straits just before his transplant some years later. But they benefited from the progress made and received their life-extending transplants.

Time marches on and more progress has been made. I know CF people who thanks to new drug treatments are living full lives without the need for a lung transplant at all. it goes to show that continued support of research can still bring more tools to the kit for treating CF.

Anyway, this article was close to home for me and I have read it probably a thousand times, cried over it, and oddly enough was reassured by it. It has meant a lot to me and I hope you will get something from reading it as well. 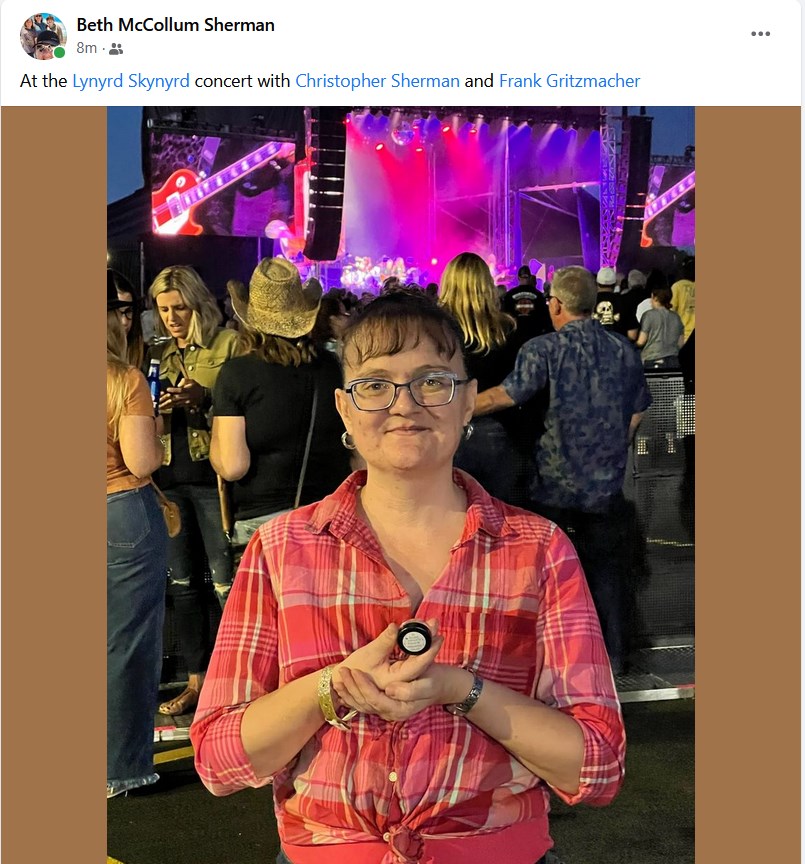 I know Frank would enjoy the music!

Comments: 0
Posted on 27 Aug 2022 by Al Gritzmacher
A Poem
printable version
Do not stand at my grave and weep
I am not there; I do not sleep.
I am a thousand winds that blow,
I am the diamond glints on snow,
I am the sun on ripened grain,
I am the gentle autumn rain.
When you awaken in the morning’s hush
I am the swift uplifting rush
Of quiet birds in circled flight.
I am the soft stars that shine at night.
Do not stand at my grave and cry,
I am not there; I did not die.

Comments: 0
Posted on 21 Jul 2022 by Al Gritzmacher
Frank really gets around!
printable version
Casey - Frank's Aunt - is having a wonderful time in Alaska and is sharing it with Frank. Or is she sharing Frank with Alaska? Either way, I think Frank would love it. 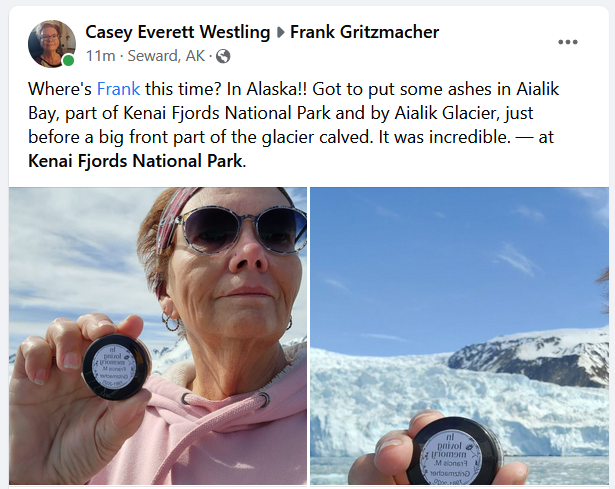